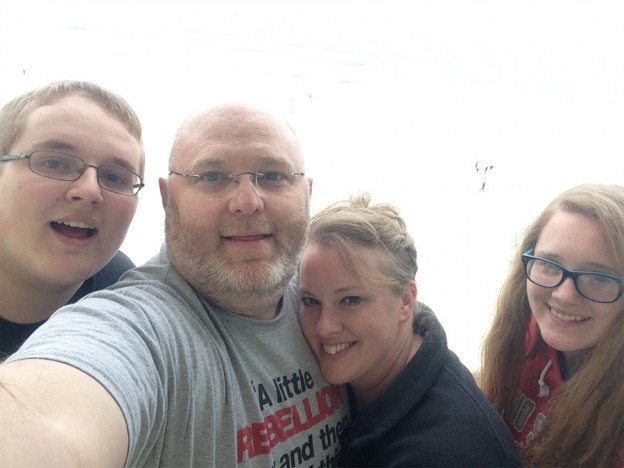 David Soper, born February 25, 1970, was raised in Liberty, with the Liberty Church of Christ being his home church.  David is married to Sarah and they have two children, Benjamin and Hannah.

David was away from Liberty for over 20 years after high school, serving in the United States Army Reserves while attending Cincinnati Christian University, graduating from Lincoln Christian University with his B.A. and being an Associate Minister for the LeRoy Christian Church in LeRoy, IL.

David loves to study and discuss Biblical topics especially over a cup of coffee. Don’t get him started talking about coffee.

“Bring the whole tithe into the storehouse, that there may be food in my house. Test me in this,” says the Lord Almighty, “and see if I will not throw open the floodgates of heaven and pour out so much blessing that there will not be room enough to store it.”
Malachi 3:10